Paris was… is…and will always be everything! There will always bumps in the road, but this was an experience I wanted & needed! Especially for #TheYearOf35! I wanted to have some awesome catch phrase or quote, but it’s hard for me to put into words what I experienced & how I felt during my weekend getaway! 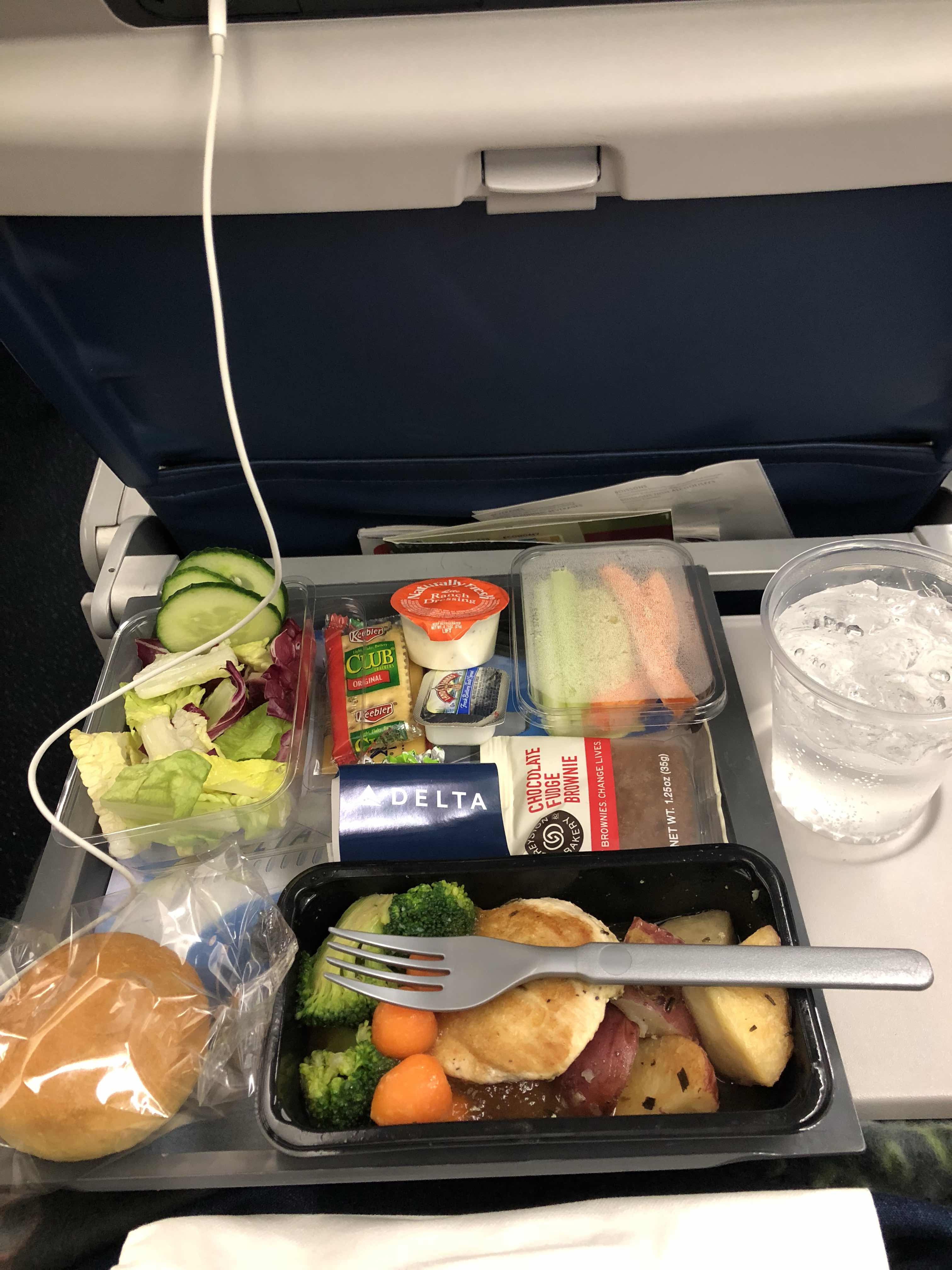 Since, I was on a short weekend trip to Paris, I flew out of Cincinnati, OH on a direct nonstop flight to Paris. If I had more time, I would have flown out of Chicago so that I could have layovers in Dublin, London and or Amsterdam as I have found with other flights during my research.  Prior to arriving I knew that I only had the weekend and I wanted to see the Eiffel Tower, The Louvre, Notre Dame, shop in the Champs-Élysées area and attend at least one of the fashion shows that I had manged to get on the list to attend. 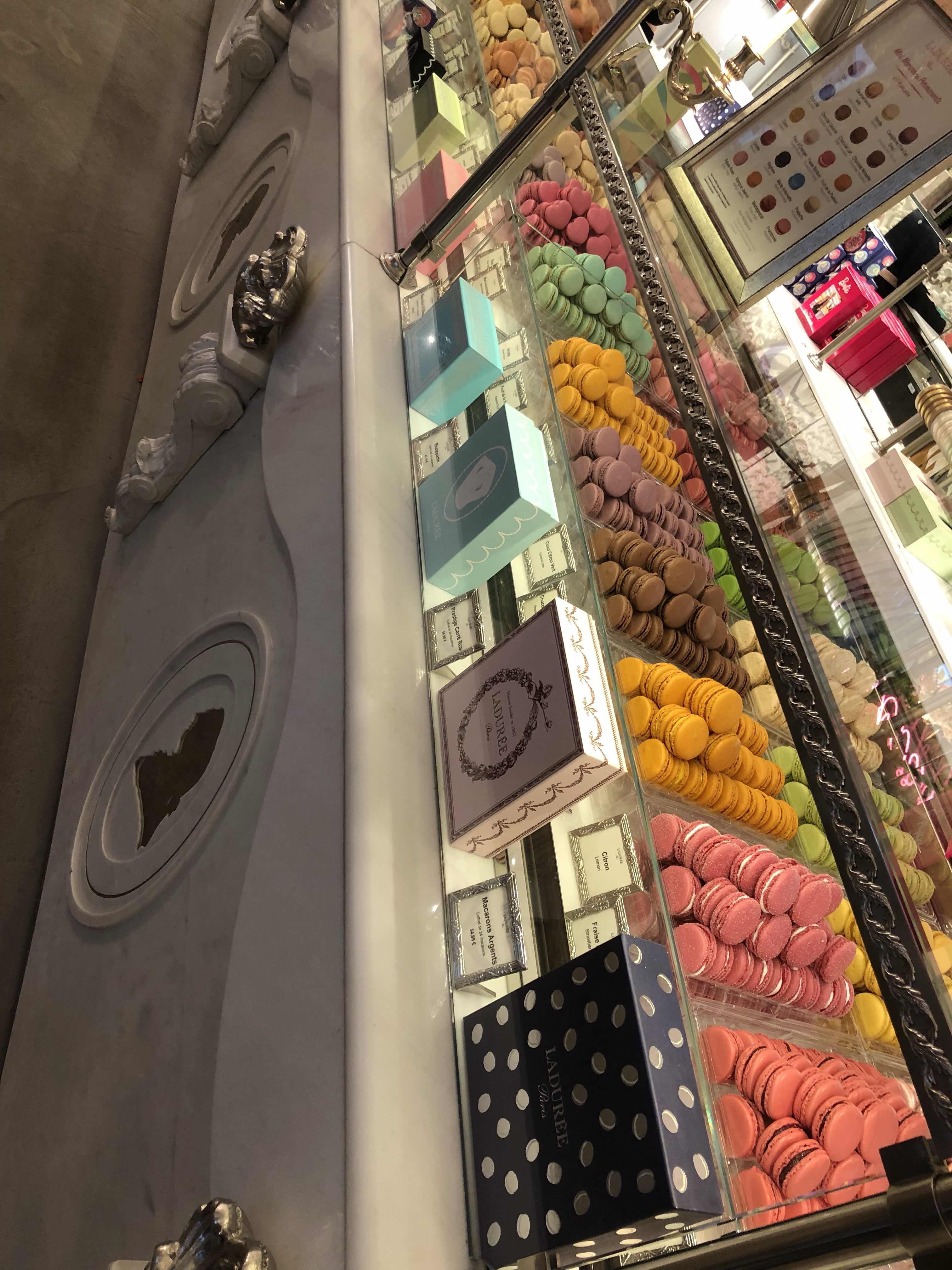 Ladurée Paris
After I returned from a long day of shopping and sight seeing I had a bottle of champagne and a box of macarons as a birthday gift from the hotel. At my daughters request I made sure to visit the bakery and get her some too as she loves baking and eating!
The story of the Ladurée macaron starts in the middle of the 20th century with Pierre Desfontaines, who first thought of taking two macaron shells and joining them with a delicious ganache filling. The recipe has not changed since. 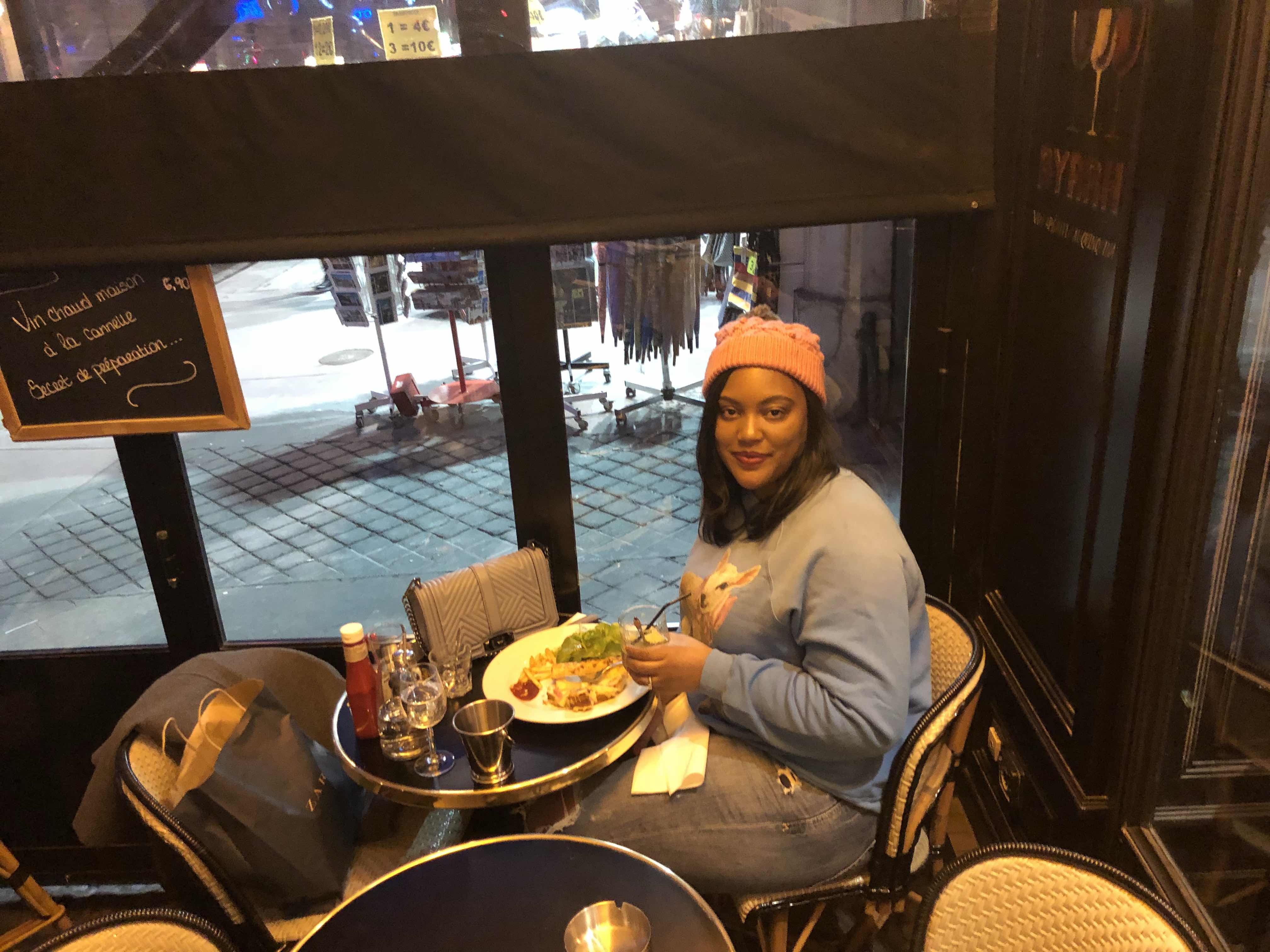 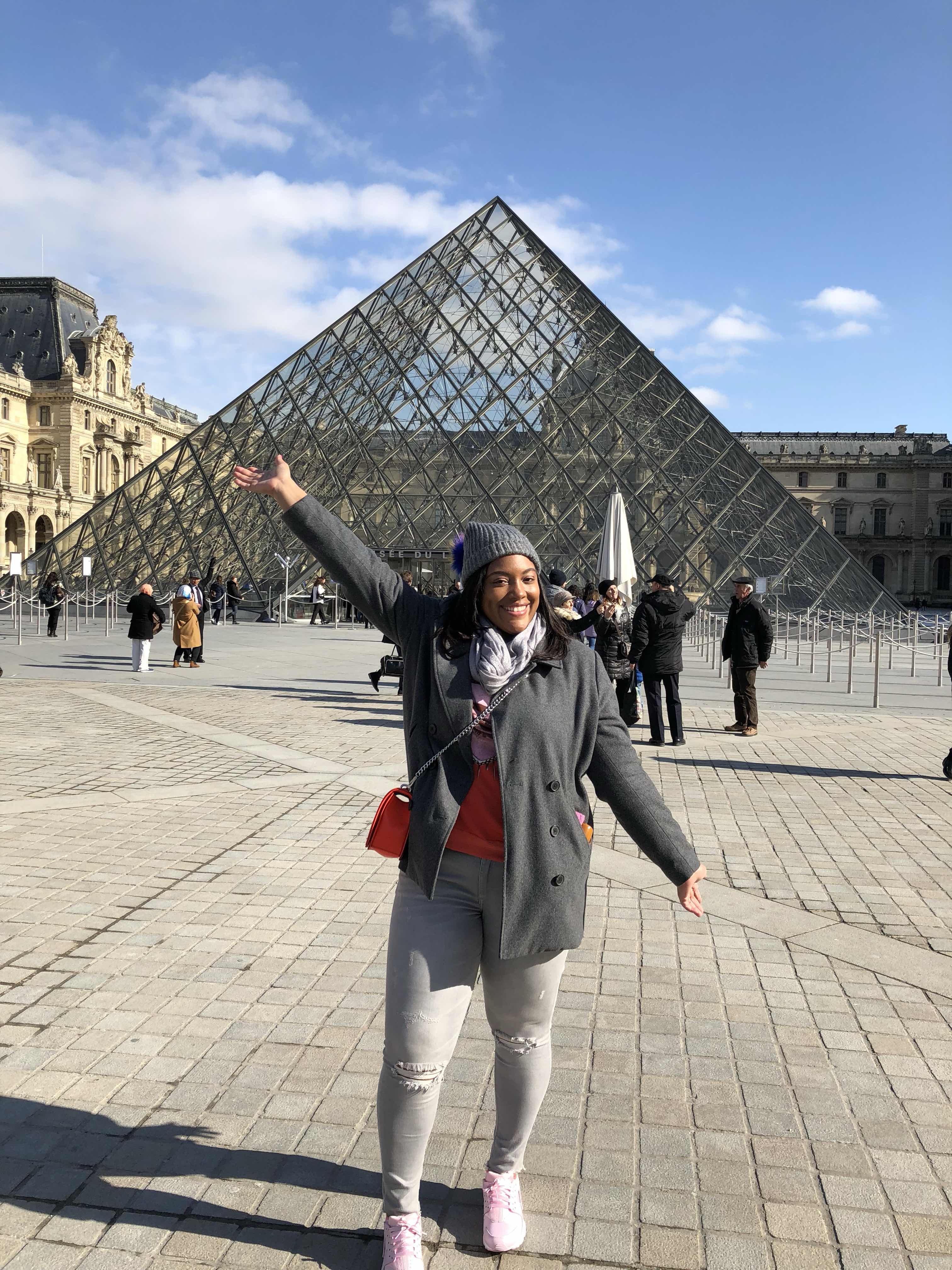 The Louvre
The Louvre Palace is a former royal palace located on the Right Bank of the Seine in Paris, between the Tuileries Gardens and the church of Saint-Germain l’Auxerrois. 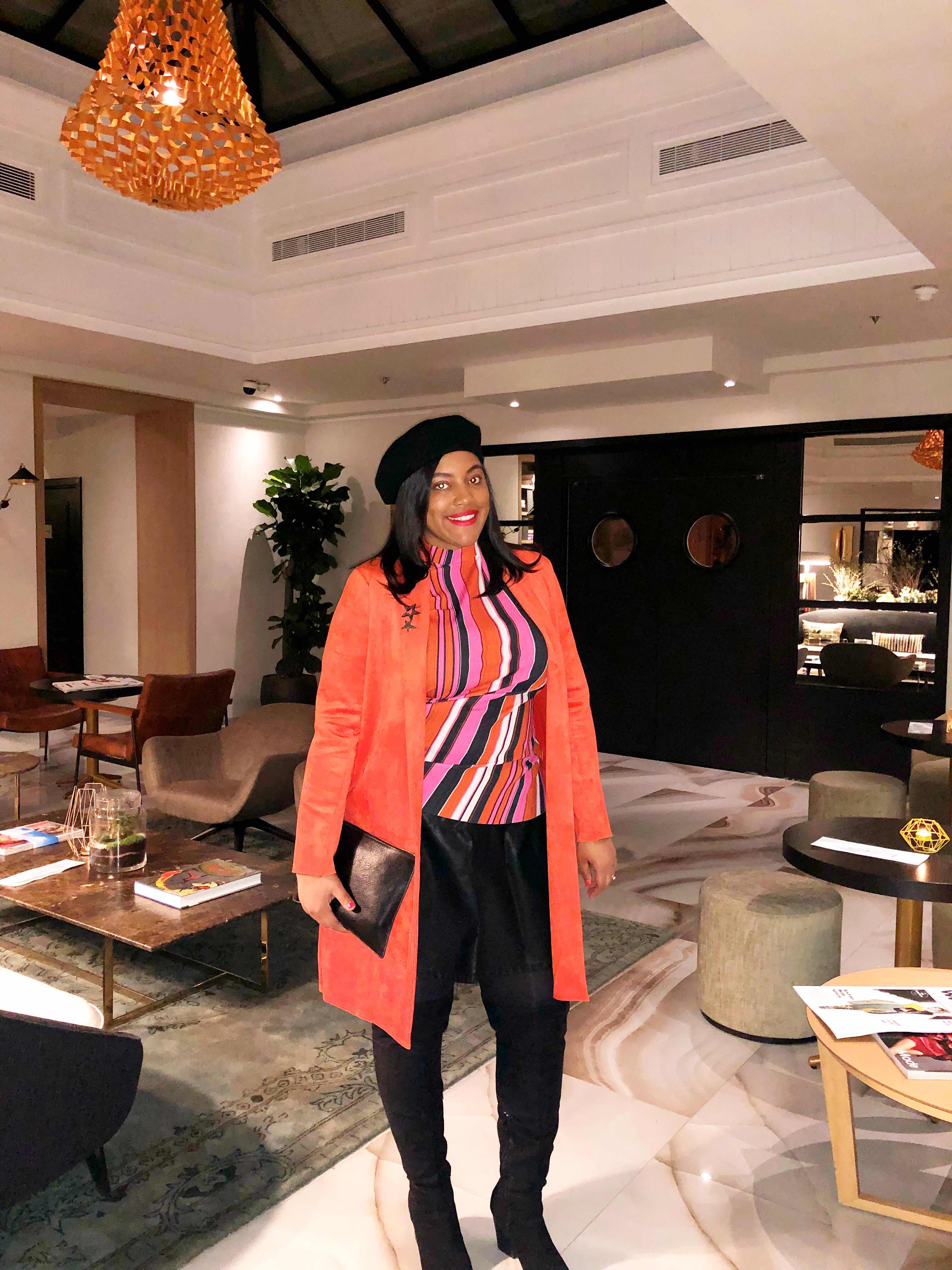 Renaissance Paris Vendome
The hotel of choice was the Renaissance as The Marriott Brand is my favorite since I have family that works there. My hotel was in the center of Paris just walking distance to the Eiffel Tower, The Louve and The Vendome. Just steps from a wide variety of fashion boutiques including Louis Vuitton, Mangoo, Chanel, Dior, Balenciaga, my favorite Zara,  and many more. The hotel also featured a spa, pool and the world renowned Balagan Restaurant  a Hebrew name meaning “Joyful Bazar” 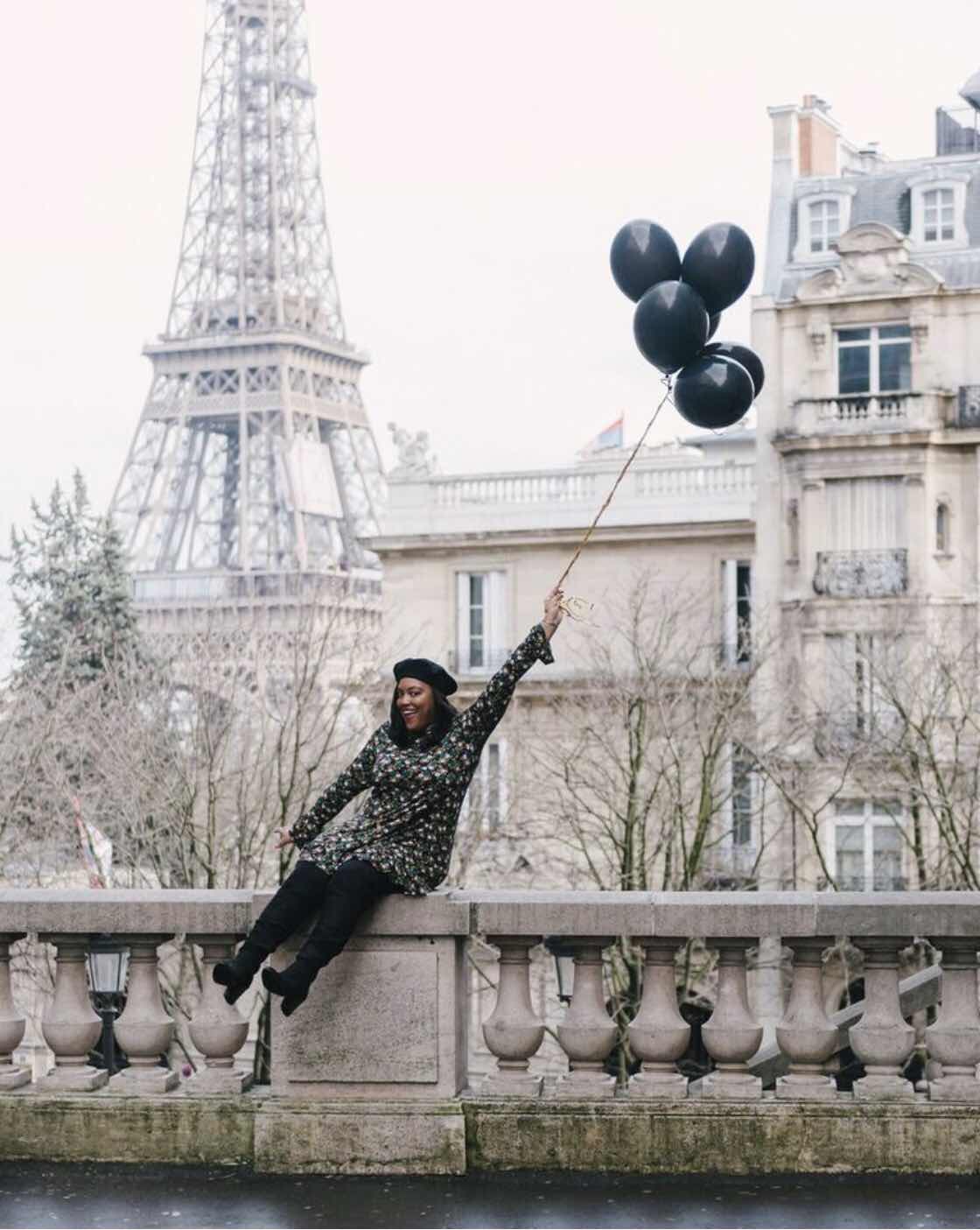 Birthday Pics
Prior to arriving in Paris, I searched the hashtag Paris Photography and found many photographers. Since it was fashion week I emailed them all to check availability for a mini shoot upon my arrival in Paris. If someone was unavailable, I asked for referrals and once I found someone who’s art I appreciated I was able to book a session with Alina Sepp who was patient as I only speak French and was lost with no WiFi service to contact her. Luckily we eventually met at the du Trocadero and were able to get some awesome pictures!
It’s true that Paris is like no other! I think I’m going to do away with my bucket list and just go anywhere I can, whenever I can!
XoXo